The Red fort is a witness to the ancient history of this great city. Muzaffarabad Fort, generally known as Red Fort, traces back a chequered history. It is said that construction of the Fort was .initially taken up by the Chuk rulers to counter the offensives of the intruders. However, Sultan Muzaffarabad Khan, the founder of Muzaffarabad town, finally completed it in 1646. During the

Mughal rule in Kashmir this Fort lost its importance, as they were more interested in other parts of their empire. But when Durrani’s took over the rule of this area, it again came into limelight and its importance was recovered. Afterwards during the Dogra rule of Maharaja Ghulab Singh and Maharaja Ranbir Singh, the Fort was reconstructed and extended according to their political and militarial requirements. However, towards the end of 1947, the Dogra’s fled away leaving the fort wide open to anybody. Since then it has braved devastating floods, ravage: of time, and other hazards to project its inherent glory and Historical background. 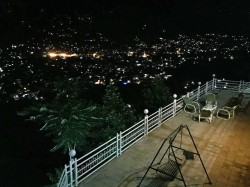 Attractions | Things to to do | Hotels | Places to visit in Kutton: Neelum Valley 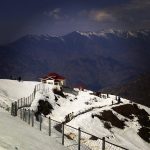 Places to visit in Muzaffarabad 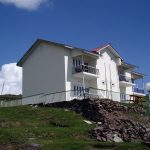